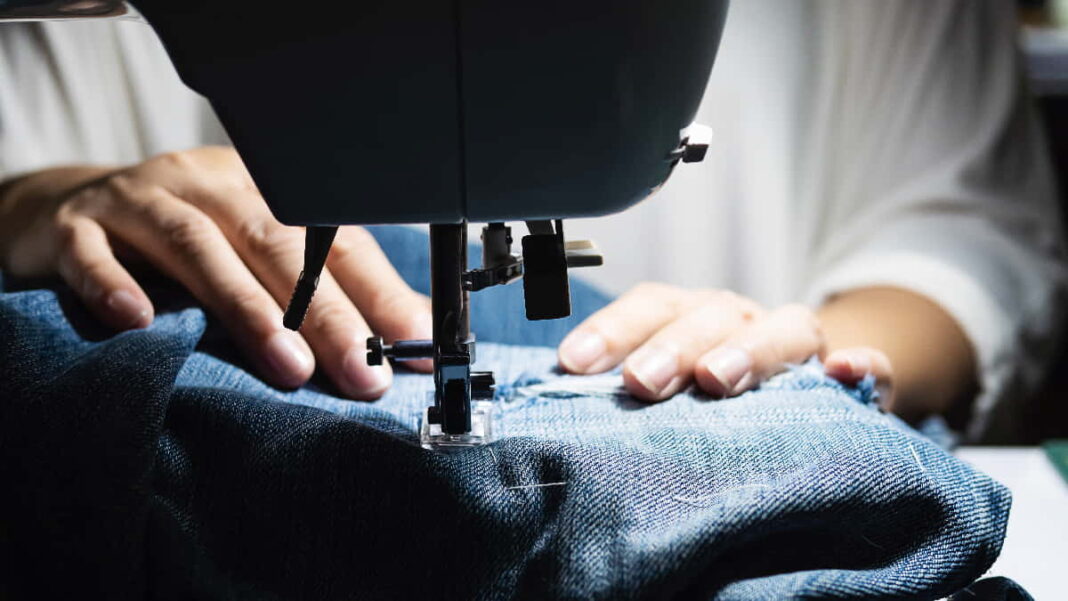 Bego Jeans implements a sustainable and clean production model in the entire production chain of denim, one of the textile products with the highest environmental impact, and represents a concrete example of success in this sense, both in Türkiye and in the world. The 15-year process leading to the formation of the brand, which adopts values such as not employing child labour, employee rights and health, and fair production, as well as reducing the environmental impact, includes numerous movements. We have talked with Abdulhalim (Bego) Demir, the founder of Bego Jeans, about the denim story from his struggle with sandblasting to Bego Jeans and the sustainable and clean fashion movement.

Bego Demir started to work in the denim sandblasting business as a 15-year-old child worker and fell ill with incurable silicosis in 2007. Demir explained the process that prompted him to take action on this issue as follows; “When I learned that I had lost 46.2 percent of my lungs, I started researching and asking questions and thought that this should not be a destiny. So actually the first thing that prompted me was that the job I was working to earn money cost my health. The number of workers in denim sandblasting was between 5 and 10 thousand and almost all of them were unregistered. Therefore, although silicosis had been accepted as an occupational disease around the world, workers in Türkiye were not given any rights because they were unregistered. Seeing all these grievances led me to fight for a solution”.

Bego Demir stated that they established the Denim Sandblasting Workers Solidarity Committee in 2008, which includes doctors, artists, journalists, lawyers, activists and many other professionals and that they started their work by holding regular informative meetings in both health and other business sectors. Demir remarked that they have achieved successful gains both for the future of the sector and for the workers who are aggrieved, by making various documentaries, concerts, Ankara protests and lobbying activities to raise awareness about the struggle, saying; “Denim sandblasting was banned in 2009. In 2010, with the decision of the Council of Ministers, silicosis was subordinated to the Sanitation group and its auxiliary treatments became free. All silicosis patients were given the right to retire by adding articles 67-68 to the Omnibus Bill No. 6111 in 2011”.

He also pointed out that, in addition to sandpaper, potassium permanganate is still used intensively in the sector after the ban on denim sandblasting, even though it was added to the class of dangerous chemicals by the European Chemical Agency. Demir, emphasizing that laser cabins will contribute to the solution of the problem when implemented by taking precautions for occupational health and safety, added that on the other hand, very little bleaching is done with lasers in the sector.

Bego Demir stated that in 2011 when they realized that denim sandblasting was not local but global, they grew up under the name of ‘Clean Clothes Campaign’ and started to fight for all textile workers under this roof, explaining that they convinced more than 100 brands around the world and made them declare that they would not denim sandblast in their supply chains. Demir said; “The Clean Clothes Campaign tries to solve the problem through dialogue by opening doors of dialogue between the problems experienced in the sector, the relevant brand and the workers experiencing the problem. If the brands do not solve it through dialogue, the Clean Clothes Campaign organizes the consumers and puts pressure on the brands to solve the problem with the soft power it will get from them” and disclosed that they have solved numerous workers’ problems so far.

“We have changed denim so they do not change us”

Bego Demir noted that although the Clean Clothes Campaign solved numerous problems experienced by the workers until 2018 with the urgent action method, new problems always arise, and that is why they were investigating the source of the problem. He remarked that they determined that the problem was caused by the cheap and non-responsible production of the products and said that they shot a video called ‘What is Clean Clothes?’ in 2018, which explains the concept of Clean Clothes. Demir mentioned that many consumers then asked where to buy this product, and when they could not direct them to an address, they decided to make a sample themselves:

“We established Bego Jeans to both show the consumer that Clean Clothes is possible and to inspire brands to produce Clean Clothes and be included in the Clean Fashion Movement with this example. We wanted to start by transforming denim, as denim is the product we know best and requires the most effort in textile. It was denim that transformed my life, the raw material that allowed me to become a manufacturer from a denim sandblaster. As a result, we changed jeans so that they do not change us, affect the environment, people and our right to live”.

Bego Jeans, established in 2019 as a result of a one-year R&D study, aims to bring jeans back to their old, long-lasting and beneficial times as a production philosophy. Stating that they have established a fair supply chain for denim production, Bego Demir shared the following information about the production process:

“We manufacture by using the GOTS organic certified fabrics produced by Orta Anadolu for us in our supply chain. Bego Jeans believes in cooperation, not competition. That is why it cooperates with all the actors that support change in the sector. We add new energies to the industry by including universities/students in our design processes. We do cutting-sewing operations after fabric design modelling. We do not use bleaching techniques in our products. Bego Jeans chemical-free denim products are dyed with natural Indigofera inks. 100% cotton is used as raw material, and some products are produced from hemp. In addition, there are water savings during the production phase”.

Demir, pointing out that 13 percent of the clothes used in the world today are collected and only 1 percent are recycled, explained that they offer the products to the consumers with a return option. He stated that products that have expired can be recycled by giving them back to them in this way and expressed that they have broken new ground with such a model.

Demir emphasized that Bego Jeans produces jeans with every detail considered, from the button to the label, from the cargo to the recycling and said the main factors that do not change in each of these processes are; environmental awareness, employee rights and health, not employing child labour, not harming people and animals, fair production and fair trade. He added that Bego Jeans’ sustainable corporate business model is among the first 30 brands selected as an example among SMEs and Startups according to their sustainability practices in the research published in European Union Publications.

Bego Demir disclosed that there is a perception that sustainable or organic products are ‘expensive’, saying; “This perception sometimes leads to a conclusion or interpretation such as ‘I actually want to shop sustainably, but I have to shop according to my budget’. We know that this is the true cost of the product”. He noted that it may be difficult from time to time to transition from the cheap and expensive concept to the ‘value’ concept and underlined that numerous conscious consumers, who see the quality of the product and understand the logic behind it, prefer clean fashion.

Demir stated that sustainability also creates serious economic values in the long term and pointed out that sustainable products should not be compared with fast fashion. He said that the purpose of fast fashion is to sell cheaper and more clothes to the consumer and disclosed; “Maybe the consumer pays a little price when they buy cheap products, but others pay the real price of that product, they should be sure of that. That ‘others’ is the workers and the environment”. Demir, remarking that the latest research shows that consumers agree to pay 25 percent more for sustainable products, said that when everyone starts to produce fair products and pays fair wages to the people who produce that product, their purchasing power will increase and people will be able to pay more for the products they buy.

Bego Demir noted that although there is progress in the sector conditions compared to the past, there is still a long way to go, and stated that the desire to produce cheaply does not add value to textiles, but reduces the existing value. Saying; “We used to have an industry that prided itself on quality. It has prided itself on being cheap in the last 10 years”, he pointed out that this is wrong and that there will always be a cheaper one, and this will always have negative effects. Demir also said that the rate of unregistered employment is almost twice that of registered employment, disclosing; “Child labour and migrant labour are seriously exploited. We cannot even mention gender equality in this sector”.

Demir explained the concrete steps to be taken for the sustainable transformation of the textile industry as follows; “Brands should publish their supply chains transparently; must pay fair wages for the products it produces and determine its fair distribution in the supply chain. Every employer should accept that the subcontractor workshops that they have to do work outside their workplace are their own manufacturer and should take the responsibility for those workshops. The ministry of labour should conduct inspections to reduce unregistered work and develop the industry by providing incentives for employers to employ registered workers”.

“The sector should organize more tightly and market its labour well”

Bego Demir argued that just as a baker cannot lower the price of a bread independently and the value of the bread is determined by the bakers’ chamber, a similar path should be taken in textiles, saying; “Brands have those who produce cheaper do the work in textiles. This is pulling the industry down more and more every day. Bangladesh started far back but has developed so much in recent years that it is now working to determine the base price of a product. We also need to solve our problems in the sector before it is too late. We can both develop our country and nation with a sustainable sector and add value to the world by transforming and developing in line with the United Nations’ development goal and the EU’s Green Deal”.