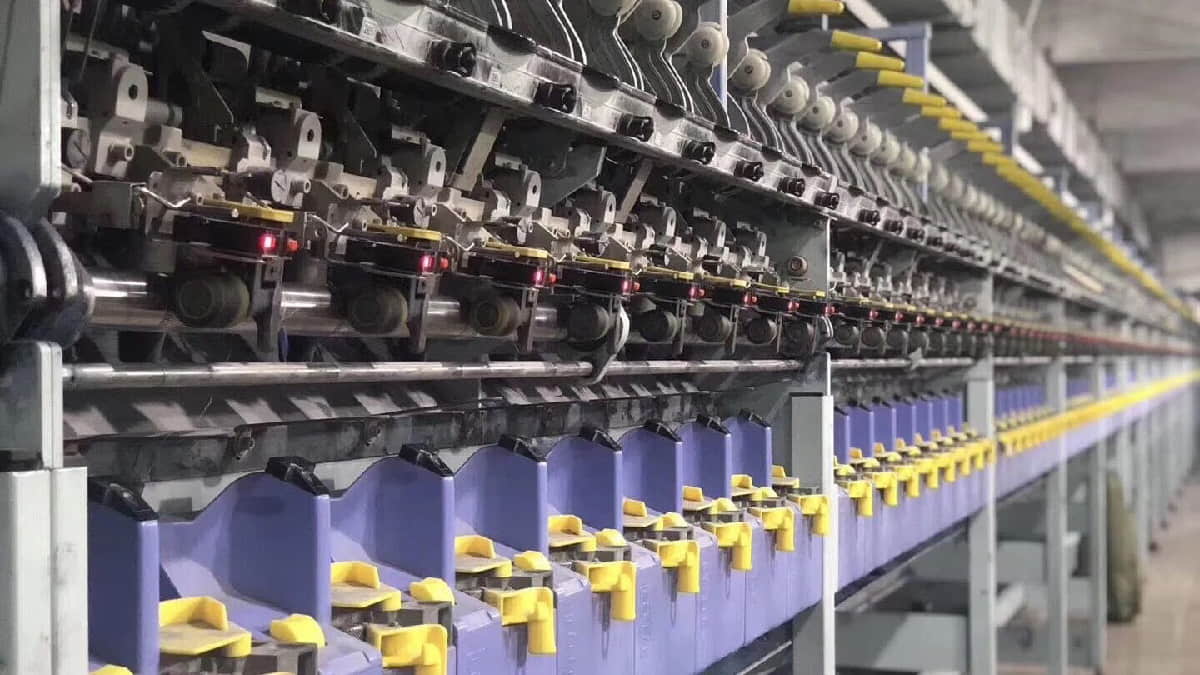 Investments in the global textile industry did not slow down despite the pandemic. Significant growth figures were achieved in 2021 compared to 2020, when the first shock wave of the pandemic was experienced, according to the 44th annual International Textile Machinery Shipment Statistics (ITMSS) published by the International Textile Manufacturers Federation (ITMF). In 2021, global shipments of spinning, texturing, weaving, knitting, and finishing machines increased sharply compared to the previous year.

Deliveries of short-staple spindles rose by 110%, open-end rotors by 65% and long-staple spindles by 44% in the spinning category. The number of shipped draw-texturing spindles surged by 177%. Deliveries of shuttle-less looms grew by 32% in the weaving segment. Shipments of large circular machines improved by 30% and shipped flat knitting machines by 109%. The sum of all deliveries in the finishing segment also rose by 52% on average.

The 2021 survey, of which the details are presented below, has been compiled in cooperation with more than 200 textile machinery manufacturers and a comprehensive summary has emerged. The report covers six segments of textile machinery, namely spinning, draw-texturing, weaving, large circular knitting, flat knitting, and finishing, revealing a very rapid exit from the pandemic in the context of industrial production. The report also draws attention to the fact that Türkiye, which has experienced a serious economic fluctuation in addition to the pandemic, maintains its place among the important buyers in numerous product segments.

Spindles increase in shipment of spinning machines, Asia being the main market

The yarn industry continued to buy new spindles in 2021 according to ITMF statistics. Accordingly, the total number of shipped short-staple spindles increased by about 4 million units in 2021 to a level of 7.61 million. 90% of the new short-staple spindles were shipped to Asia and Oceania, with a delivery increase of 115% to this region. Shipments to Europe in this category, which are at a relatively low level, increased by 41% and Türkiye had a significant impact on this increase. The six largest investors in the short-staple segment were China, India, Pakistan, Türkiye, Uzbekistan, and Bangladesh.

Open-end rotor shipments also totalled 695 thousand units with 273 thousand more orders compared to the previous year. 83% of global shipments went to Asia and Oceania, with deliveries up by 65% to 580 thousand rotors. China, Türkiye, and Pakistan were the world’s 3 largest investors in open-end rotors and saw investments surging by 56%, 47% and 146%, respectively. The only country that experienced a decrease in this category in 2021 was Uzbekistan, the 7th largest investor. Open-end rotor shipments to this country decreased by 14% to 12,600 units.

Global shipments of long-staple (wool) spindles increased from about 22 thousand in 2020 to nearly 31,600 in 2021, an increase of 44%. The increase in the orders delivered here as a result of the 70% investment increase in Asia and Oceania was effective in this growth. 68% of total deliveries were shipped to Iran, Italy, and Türkiye.

The main market for weaving looms is also China

The main destination for shuttle-less looms in 2021 was Asia and Oceania with 95% of all worldwide deliveries. 94% of global air-jet shipments and 84% of shipments of rapier and projectile machines were shipped to these markets. The main investor was China in all three sub-categories. Deliveries of weaving machines to this country cover 73% of total deliveries.

Global shipments of large circular knitting machines grew by 29% to 30,129 units in 2021. The Asia and Oceania region was the world’s largest investor in this category with 83% of worldwide shipments. China was the favoured destination with 64% of all deliveries (21,833 units). Türkiye and India ranked second and third with 3,500 and 3,171 units, respectively.

The segment of electronic flat knitting machines increased by 109% to around 95 thousand machines in 2021. Asia and Oceania was the main target for these machines, with a share of 91% of world shipments. China remained the world’s largest investor, with a 76% share in total shipments and a 209% increase in investments. Shipments to the country increased to 67.6 thousand units in 2021 compared to 17,000 units in 2020.

Stenter shipments estimated to be increased by 78%

Shipments of relax dryers/tumblers grew by +183% in the ‘fabrics continuous’ segment. All other subsegments rose by 33%-88% except dyeing lines which shrank by 16-85%. ITMF forecasts and announces ram shipment figures that have not been fully disclosed by survey participants since 2019. Accordingly, the global shipments of stenters are expected to have increased by 78% in 2021 to a total of 2,750 units.

The number of jigger dyeing/beam dyeing shipped rose by 105% to 1,081 units in the ‘fabrics discontinuous’ segment. Deliveries in the categories air jet dyeing and overflow dyeing increased by 24% in 2021 to 1,232 units and 1,647 units, respectively.

Bräcker combines quality and speed in spinning with ORBIT