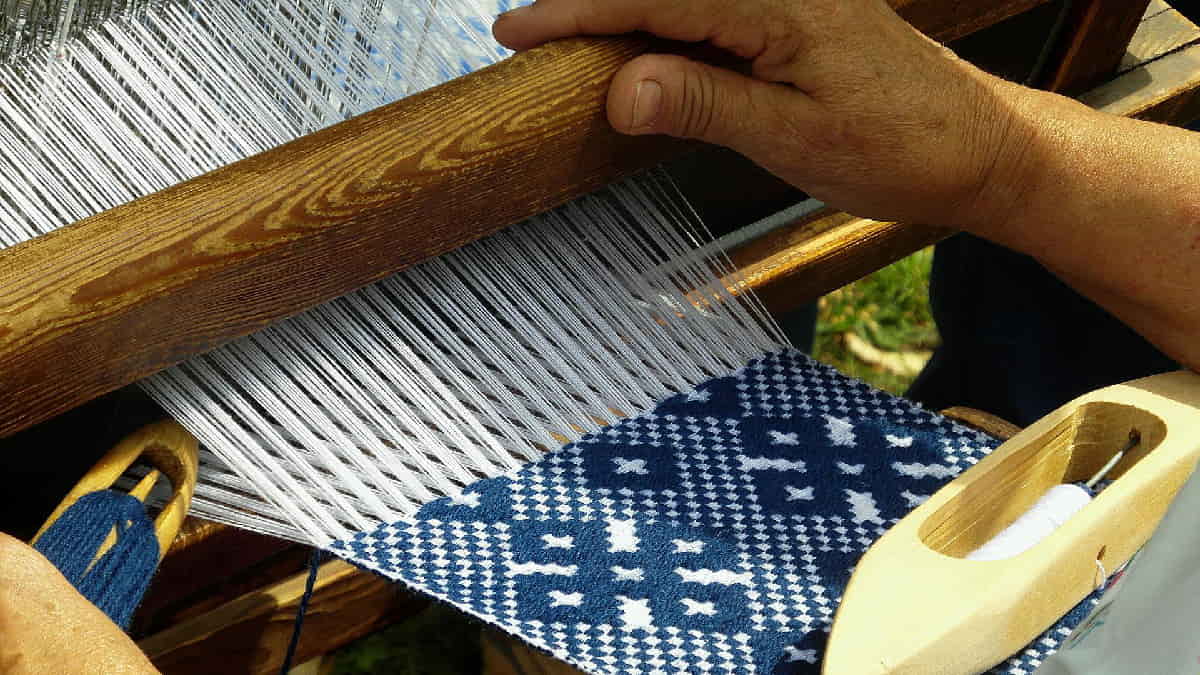 Ulucak Mound, one of the oldest neolithic settlements dating back to 6800 BC, continues to shed light on the architecture and culture of Western Anatolia with the excavations. The latest archaeological remains found in the mound, located within the borders of Ulucak, east of the Belkahve pass between the İzmir and Kemalpaşa plains, add new information to the history of textile production, which has been going on for thousands of years. Numerous seals, spindle whorls and loom weights used in textile production unearthed during the excavations reveal that Ulucak Mound may be the oldest textile production centre in the Aegean Region.

Ulucak Mound emphasizes the power of textile production in history

İzmir, hosting different civilizations for thousands of years, is also known as one of the textile centres of Türkiye. The city has been an important port throughout history and is one of the places where the heart of the textile and clothing industry beats with its location on international trade routes and fertile lands. While the sounds of the weaving looms that started working in the region thousands of years ago still echo today, the spindle whorls and loom weights used in these looms found in the Ulucak Mound excavations emphasize the power of this deep-rooted textile past.

Systematic excavations at Ulucak Mound, which was first discovered by British researcher David French in 1960, started in 1995 under the leadership of Prof. Dr Altan Çilingiroğlu, with the joint participation of Ege University Department of Protohistory and Pre-Asia and İzmir Archeology Museum. In the three cultural layers that have been identified since then, the Late Roman settlement was found at the top, the Early Bronze Age layers under the Early Byzantine settlements, and the Late Neolithic settlement was found at the bottom.

There are rooms that were mostly built for daily use, along with ovens and hearths, as well as sections with special functions in the Late Neolithic layer, which is the oldest layer of the mound. In addition to numerous ceramic pots found as a result of excavations, tools made of ganister, stone weapons, mother goddess figurines and some anthropomorphic pots are exhibited in the Izmir Archeology Museum.

Excavations carried out with the support of the Ministry of Culture and Tourism, Metropolitan Municipality, Kemalpaşa Municipality and Kemalpaşa Organized Industry have been continuing since 2009 under the leadership of Trakya University Faculty of Literature, Protohistory and Pre-Asian Archeology Department Lecturer Prof. Dr Özlem Çevik.

The missing pages of the Aegean textile adventure are getting complete

Özlem Çevik, in a statement to DHA, says that this is the oldest settlement of İzmir and the first farming village of the Aegean, with a history of 8,850 years. She states that it is important that there are more than 300 spindle whorls and loom weights in the mound where excavations are ongoing, and that they can find 50-60 spindle whorls in even a single house, which shows that they specialize in textile production. Çevik discloses: “Maybe they were bartering textiles. In addition to these finds, clay seals were also found. Clay seals are thought to have been used elsewhere for tattooing or printing on textiles. The presence of spindle whorls and bench weights in Ulucak shows that they are used in textile products.”

Çevik explains that when they look at scientific publications, they see very few spindle whorls and loom weights in other places, compared to Ulucak Mound, where they are found in large numbers in some residences. She relays that the reason for this is high production and says: “For this reason, we can say that Ulucak Mound is the oldest textile production centre of the Aegean Region.” Reminding that this is the oldest settlement in the Aegean, Çevik adds that every find they discover naturally shows the earliest production activities for the Aegean Region.

New information about the history of the textile tradition, which has a history as deep as civilization and has been transferred from generation to generation, comes to light day by day with the archaeological studies carried out in the oldest settlements of the world. Findings from the Neolithic period, like in Ulucak Mound, complete the first pages of the story of textiles in the history of humanity, and let us in on this exciting adventure.