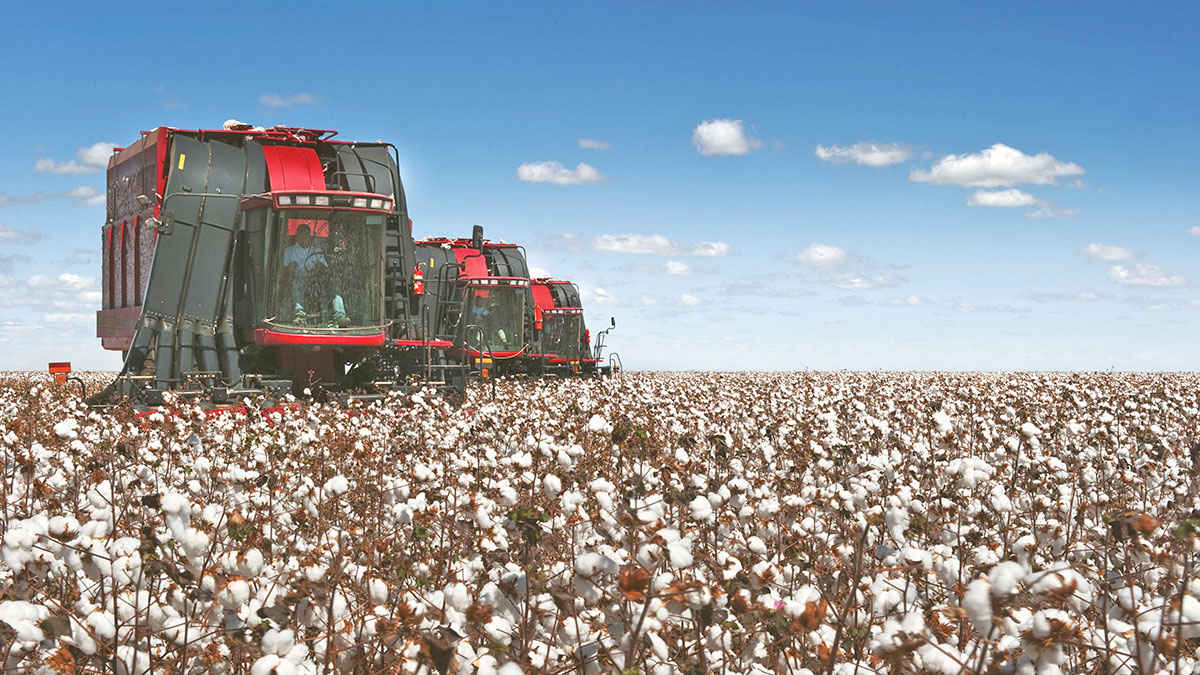 Uzbekistan is among the important developing textile markets with its population of more than 33.5 million and a national income of 250 billion dollars. The country achieved 5.5% growth in 2019, and is a significant cotton producer, but exports cotton in low amounts. Uzbekistan has implemented a strategic transformation towards the agriculture/cotton and textile industry. Uzbekistan, where the cotton market was liberalized with a decree of Uzbekistan President Shevket Mirziyoyev in March last year, aims to increase productivity while reducing the cotton cultivation area and to use the cotton produced in the local textile industry. The Uzbekistan Cotton Report of the US Department of Agriculture’s Foreign Agricultural Service reveals important figures regarding the capacity and transformation of the country in the field of cotton/textile.

Cotton cultivation area will decrease, productivity will be increased

The presidential decree named ‘Agriculture Development Strategy of the Republic of Uzbekistan for 2020-2030’ published in October 2019 announced that it will support the increase of high value-added horticulture and viticulture for both domestic use and export. With this decision, the goal was to reduce wheat and cotton cultivation areas but increase productivity with modernization efforts. Following this, with the presidential decree published in March 2020, state regulations regarding production, price and compulsory sales plans in the cotton market were abolished.

With the liberalization, cotton production quotas were formally cancelled and farmers were allowed to choose which crops to plant. In addition, the government will not announce a purchase price for raw cotton from the 2020 harvest, it will only be published as a recommendation. However, cotton producers will be able to freely grow any cotton variety they want, but a certified seed distribution system will be implemented. According to the decree, voluntary farm cooperatives will be organized with the participation of cotton gin enterprises in regions where there are no cotton clusters. The main tasks of these cooperatives will be the organization of machinery, equipment, vehicles and factories to be used jointly by the cooperative members.

Cluster structures will continue in production

As of 2020, there are 73 cotton-textile clusters in Uzbekistan. These clusters meet 73% of the country’s total cotton production. The Uzbek government supports farmers in this regard, as clustering appears to result in higher productivity. The cluster structure in cotton production will be effectively maintained, support, incentives and credit facilities will be offered to cotton farmers through clusters and cooperatives. The State Agricultural Support Fund established provides loans to producers for up to 12 months, while the Seed Development Center under the Ministry of Agriculture continues to supply certified seeds.

Both the European Union and the World Bank provide grants and credit supports for Uzbekistan’s transformation in agriculture. The EU provided a 40 million euro grant for reform in the agricultural sector, while the World Bank provided a 500 million dollar loan for agricultural modernization projects. The government aims to popularize many new technologies for cotton production, including drip irrigation, machine harvesting and modern ginning.

Approximately 3.1 million bales of cotton will be produced in 2020/21 season

In light of all these developments, it is estimated that the cotton production area in Uzbekistan will be 980 thousand hectares and the production will be approximately 3.1 million bales in the marketing year 2020/21. This amount corresponds to approximately 670 thousand metric tons. Organic cotton was grown for the first time in Uzbekistan in 2019 and was certified by a European certification company.

It is estimated that small producers will be affected the most by the liberalization in the cotton market, and larger and financially sound actors will survive this process. It is thought that market instability that may occur during the transition period may lead to temporary production drops. Uzbekistan aims to improve its image in the global markets with this innovation and modernization project in the field of agriculture and textiles.

Uzbekistan wants to consume the cotton it produces

Uzbekistan’s new strategy can be defined as selling cotton not as a raw material, but as products to the global market. Considering the effects of the pandemic, Uzbekistan’s domestic consumption, which exports a small amount of cotton, is estimated to be 2.75 million bales (600 thousand tons) in 2020/21. On the other hand, raw cotton exports are expected to remain at 50 thousand tons.

In Uzbekistan, where there are 500 textile businesses, the government is encouraging new partnerships to increase local cotton use. New textile investments are approved and new factories are supported to start operations in a way that will increase domestic consumption in the coming years. On the other hand, existing textile factories continue to increase their capacities. Government officials aim to use all local cotton production in the country’s own textile sector in the 2020/21 marketing year, due to the rapid increase in domestic consumption.

The main export products of Uzbekistan, which will consume the cotton it produces, stand out as cotton yarn and fabrics. The government will also provide tax, customs and land benefits to foreign companies through clusters to encourage investment and promote vertical integration in the textile and clothing industry.

Uzbekistan exported 1.6 billion USD worth of cotton yarn, textile and ready-to-wear in 2018. Considering the effects of the Covid-19 pandemic in 2020, this figure is thought to reach 2 billion dollars. The Uzbek government aims to reach 20 billion dollars of ready-to-wear exports by 2030. The government started work towards this goal, and as a step to this, it opened a textile showroom in New York, USA in March 2020, where Uzbek textile products are displayed. 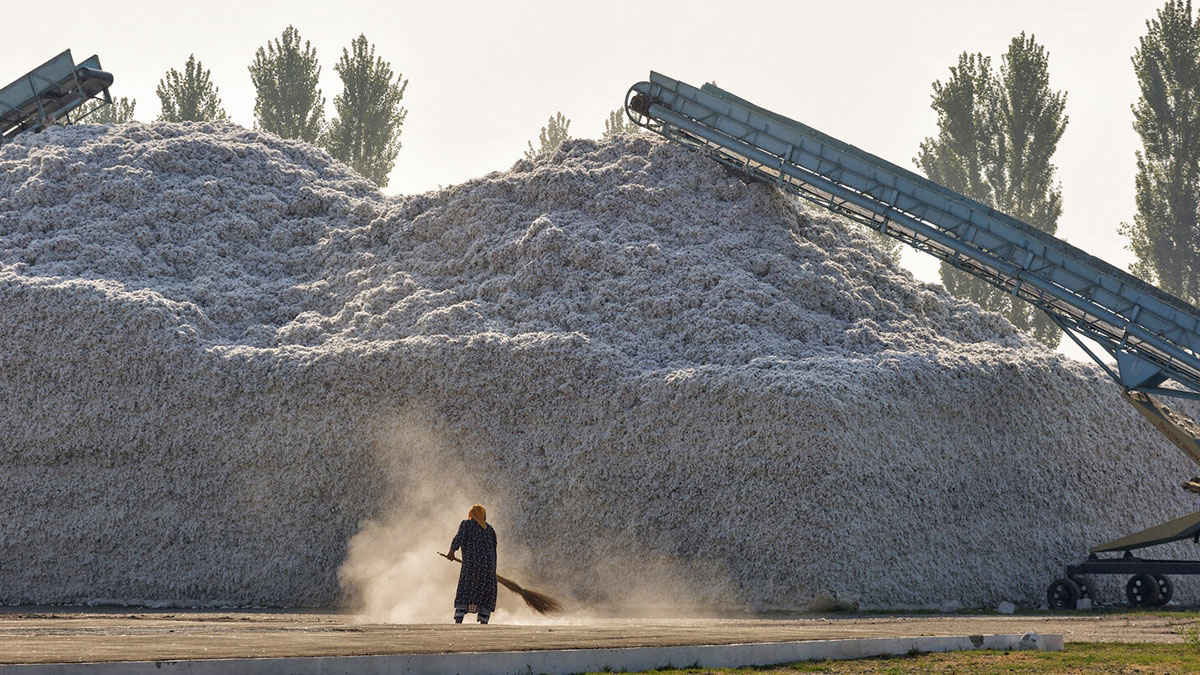 Turkey’s role and importance in the textile export

Turkey’s has a special place in Uzbekistan’s textile exports. With the Uzbekistan-Georgia railway facilitating the textile exports to Europe via Turkey, Turkey is an important market for Uzbek textile products. In the 2019/20 season, Turkey has imported 13,129 tons of cotton from Uzbekistan. More than half of this happened between January and July 2020, when the pandemic was felt. Compared to the previous period, there is an increase in Uzbekistan’s cotton exports to Turkey. This export in the first two months of the 2020/21 season was recorded as 6.418 tons. During this period, Uzbekistan has significantly reduced its cotton exports to other markets.

It is thought that Uzbekistan’s transformation from a cotton producer to a textile and clothing exporter country profile will gain momentum with the support and incentives from the government and large-scale integrated investments in the short term. Uzbekistan is becoming an attractive centre for foreign investors with its liberalizing market and investment conditions.