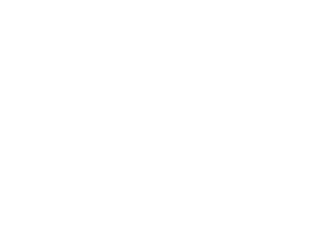 The Turkish textile industry reached an export figure of 8.2 billion dollars in the January-August period of 2021.

İTHİB Chair Ahmet Öksüz said that as the sector, they continue to break new records every month; “By the end of the year, we predict that we will reach our export target of 12 billion dollars by breaking the historical record of the Republic. Together with the ready-to-wear industry, we aim to have a foreign trade surplus of 18.6 billion dollars at the end of the year”. Öksüz stated that they will continue to work as a sector in order to maintain their upward momentum in exports.

“We export to approximately 190 countries”

Ahmet Öksüz noted that this year, the textile industry broke a new export record almost every month by separating positively from the targets of the pandemic; “Our exports increased in 83% of our export markets in the 8 months of the year. We export to approximately 190 countries. In the January-August period, the countries to which we exported the most were Italy with an increase of 56 percent, Germany with an increase of 20 percent and the USA with an increase of 51 percent, respectively. As an industry, we have realized exports worth 11.8 billion dollars in the last 12 months”.

Öksüz disclosed that they went up one step in world textile exports and rose to the fifth rank in 2020, and that the market share of Turkey, which is the second largest supplier of the EU, continues to increase in the European Union countries. Explaining that they get a share of 17.5 percent from the EU’s imports as the Turkish textile industry, Öksüz stated that they recorded significant increases of up to 60 percent in all country groups, especially in the American Countries, Other European Countries and Former Eastern Bloc Countries, besides the EU.

USA is the focal point of the Turkish textile sector exports

The USA, which is the world’s largest textile importer with 43 billion dollars of imports, is one of the most important target markets of the Turkish textile industry and is at the focal point of exports. Organized by İTHİB with the support of the Ministry of Trade and the Turkish Exporters’ Assembly at the beginning of 2020, the “I Of The World New York”, which is the only sectoral export products fair among the Exporters’ Associations, is very important in terms of the sustainable export targets of the sector in the USA.

Yünsa, which is among the leading companies in the world in the production of upper segment wool fabric, announced...

Textilegence July-August 2022 issue offers to readers the news about the latest economic and technological developments in the textile...

Investments in the global textile industry did not slow down despite the pandemic. Significant growth figures were achieved in...

Turkish textile industry, reaching a value of 6.8 billion dollars in the first six months of 2022, increased its...