Inditex and IndustriALL restore trust in their 15th anniversary 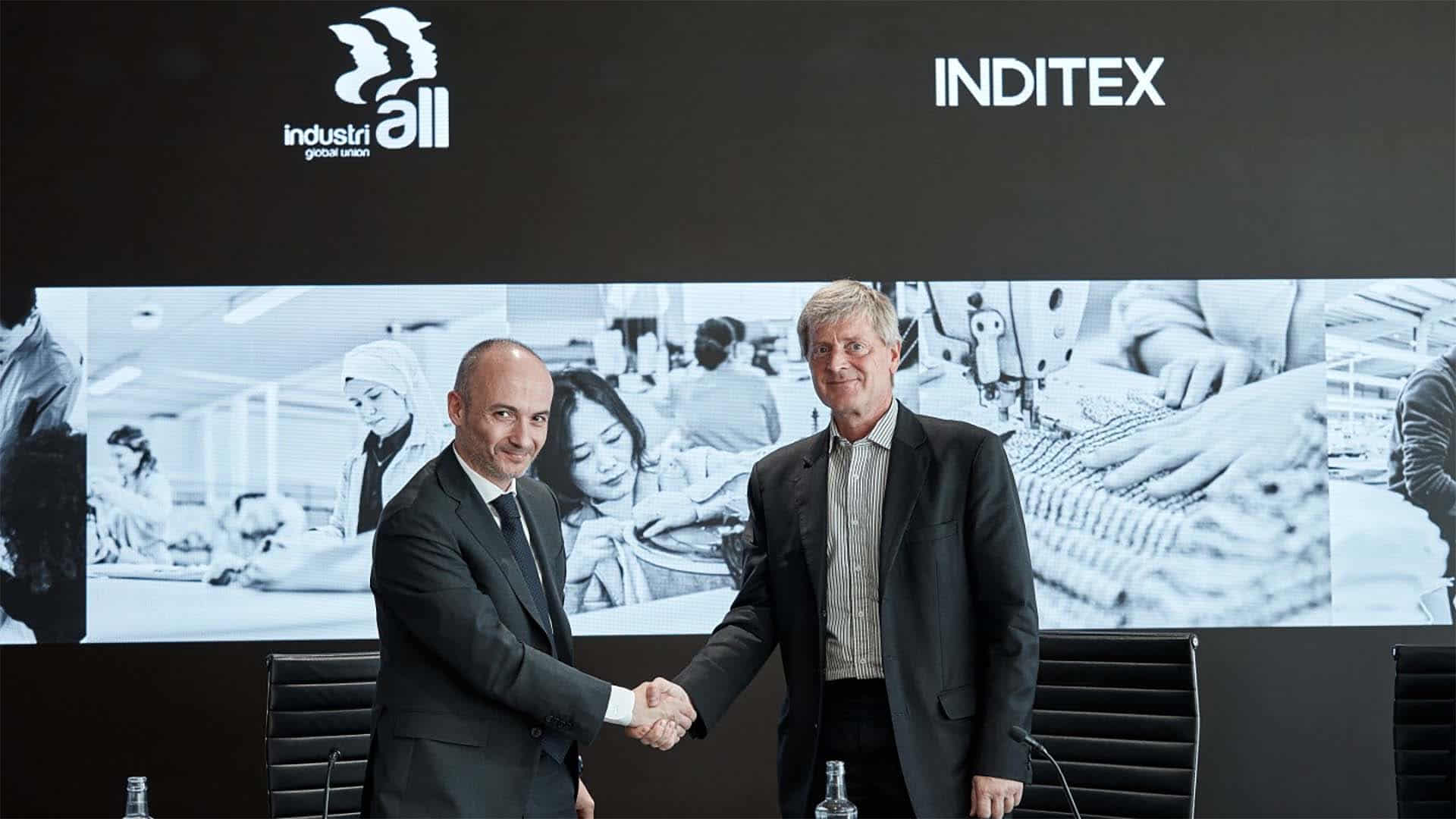 The fashion giant Inditex, with its major brands such as H&M, Zara and Bershka and IndustriALL Global Union, an organization that represents 50 million mining, energy and manufacturing workers from 600 national unions in 140 countries, reaffirm commitment with a new protocol on the 15th anniversary of their Global Framework Agreement (GFA). CEO of Inditex Oscar García Maceiras and IndustriALL Global Union General Secretary Atle Høie signed a new protocol designed to further the Global Framework Agreement first signed by the two organizations in 2007, resulting in better working conditions in the textile supply chain. Over the past 15 years, almost 3 million people around the world have benefitted from better working conditions as a result of the Global Framework Agreement between Inditex and IndustriALL Global Union. A world first, the agreement is still a benchmark in the defence of decent work in global supply chains.

The new protocol furthers social dialogue by reinforcing the Global Union Committee and its coordinating bodies, specifically establishing new mechanisms for cementing the role of the local unions for a better understanding of what the workers making the clothes need. Under the protocol, Inditex and IndustriALL will formulate a joint work plan which will focus on continued respect for the freedom of association, the right to collective bargaining and the provision of training to worker representatives, the textile group’s suppliers and its supply chain factory workers. Inditex and IndustriALL are also making progress on a new workplace access protocol, which aims to learn about and monitor working conditions in the factories in Inditex’s supply chain, in order to understand the workers’ needs and respond to them.

IndustriALL Global Union General Secretary Atle Høie said that signing the GFA with Inditex was a breakthrough that has since led the way for more responsible sourcing and proper industrial relations in the sector. Høie stated that it is fitting that they celebrate the first 15 years by signing a protocol that takes their relationship to a new level in terms of respect for fundamental trade union rights, noting: “The fact that we agree with Inditex to increase the role of our local and national unions and to firmly defend their right to organize and bargain collectively in the supply chains gives hope to many.”

CEO of Inditex Óscar García Maceiras, making a statement about the new protocol, disclosed: “The protocol signed today, commemorating the 15th anniversary of the Framework Agreement between Inditex and IndustriALL, evidences our determination to strengthen respect for fundamental labour rights across our production chain and marks a fresh milestone in both organisations’ ongoing mission of improving the lives of the women and men who populate it.”

Comeup is growing in the activewear market